This frying pan fish crumble is a no hassle smoked haddock pie alternative. 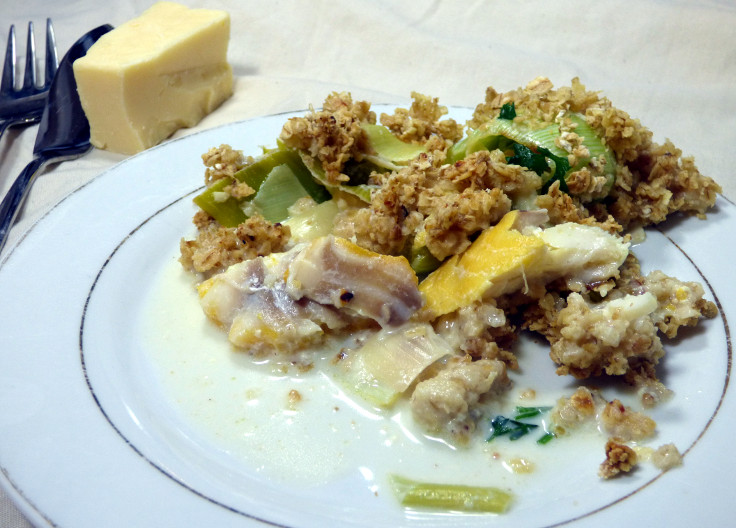 Good food is part of what keeps me happy and feeling healthy and normal.  Adjusting to life with a small baby requires a little ingenuity if this is to happen!  When my son was tiny I was sleep deprived with little control over my day. I wasn’t prepared to let good food slip! A smoked haddock pie might have been out of the question, but a fish crumble – that’s different. Here’s my easy one pan smoked haddock pie alternative.

It’s traditional in some areas to eat fish on Christmas Eve. This is because it’s the last day of Advent, which used to be a fast period where fish was consumed but not meat. We really like this tradition as fish is a nice counterbalance to the rich, meaty excesses of Christmas day. This easy fish pie alternative doesn’t take too much attention away from preparing Santa’s treat, but feels special enough for Christmas Eve. 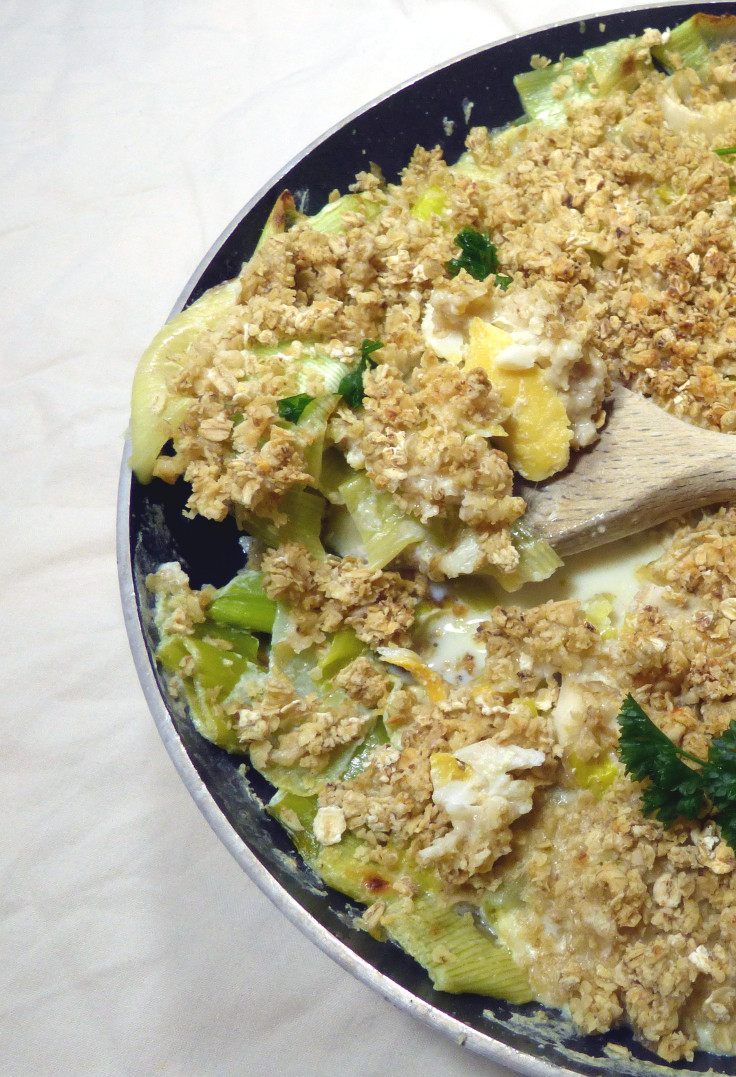 Fish Crumble Without the Hassle

Rather than making the filling in a pan then assembing in a dish and putting it in the oven I’ve taken a technique from Spanish potato omelette. I start the fish crumble in a frying pan and finish it under the grill.

This meal could easily be made with another type of fish, just make sure it’s fully cooked and flaky. Again, try swapping the cheese in the crumble topping for your favourite. Watch it carefully under the grill – it browns quickly.

In conclusion, this is a really tasty dish requiring minimal time and effort. The crunchy topping complimented the soft fish and leeks perfectly, and the smoked fish flavour took centre stage without being overbearing.

It tastes fine cold and could be eaten with one hand, though the short cooking times mean it requires near constant attention.  We served it with bread and salad.  If you had the time, new potatoes and a green vegetable would be an elegant accompaniment. 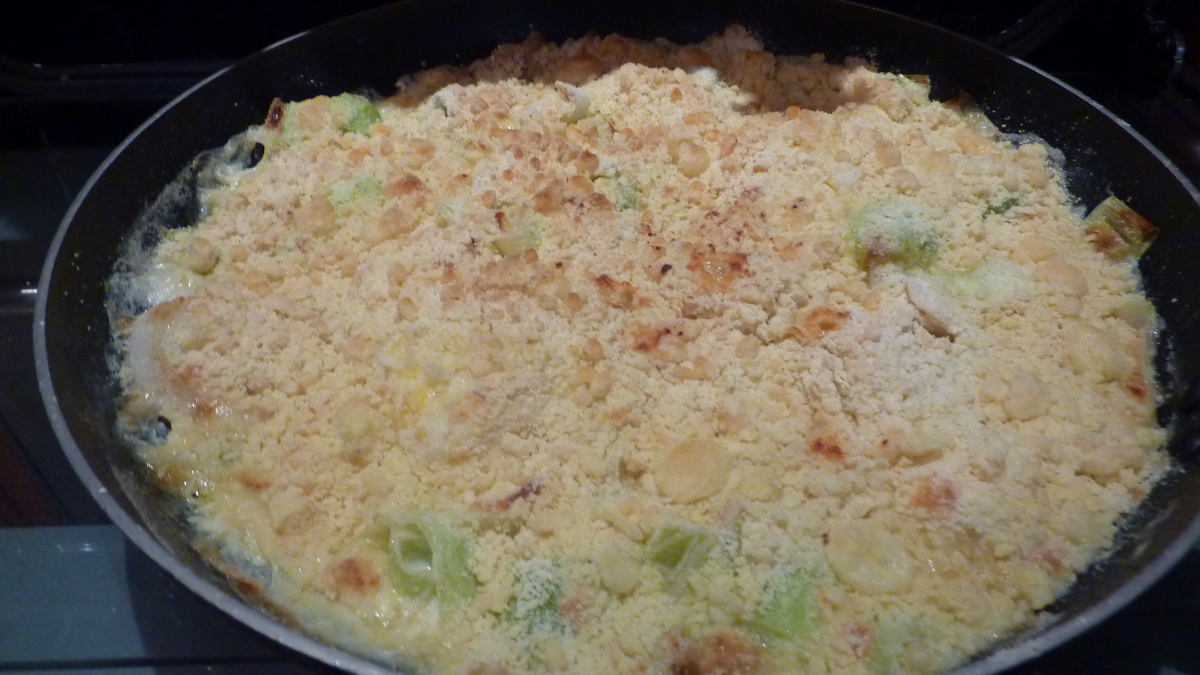 My Recipes My Lists My Calendar 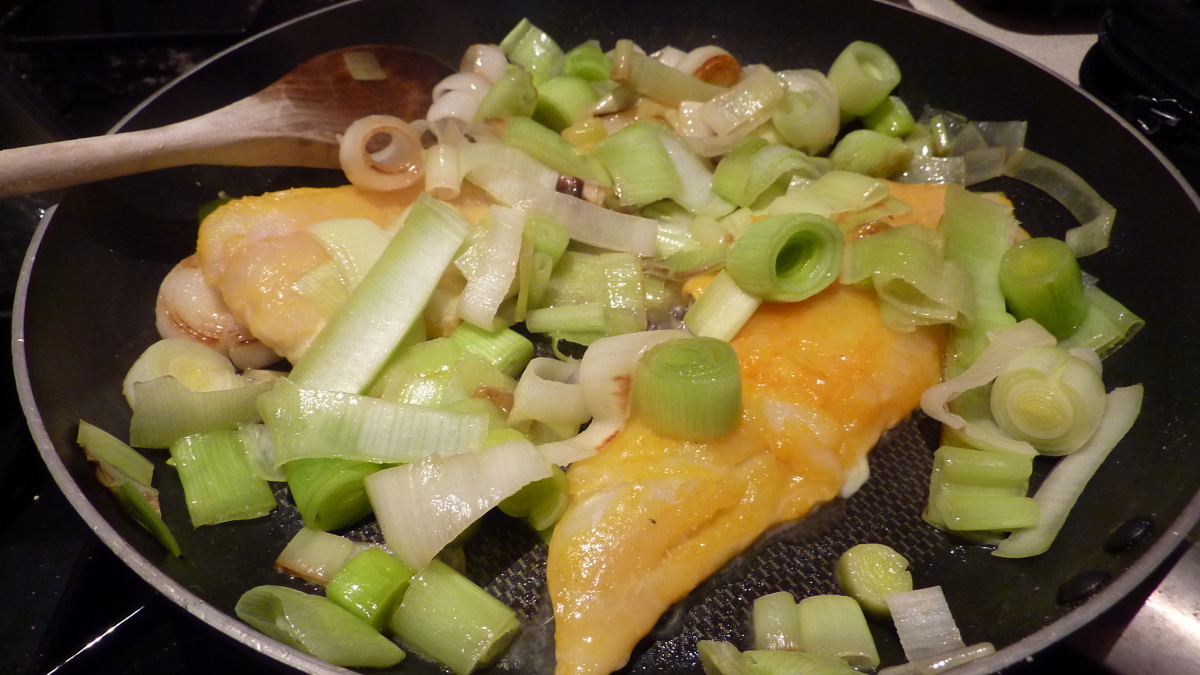