This Keema pie is a very British pie based on a traditional Indian dish. 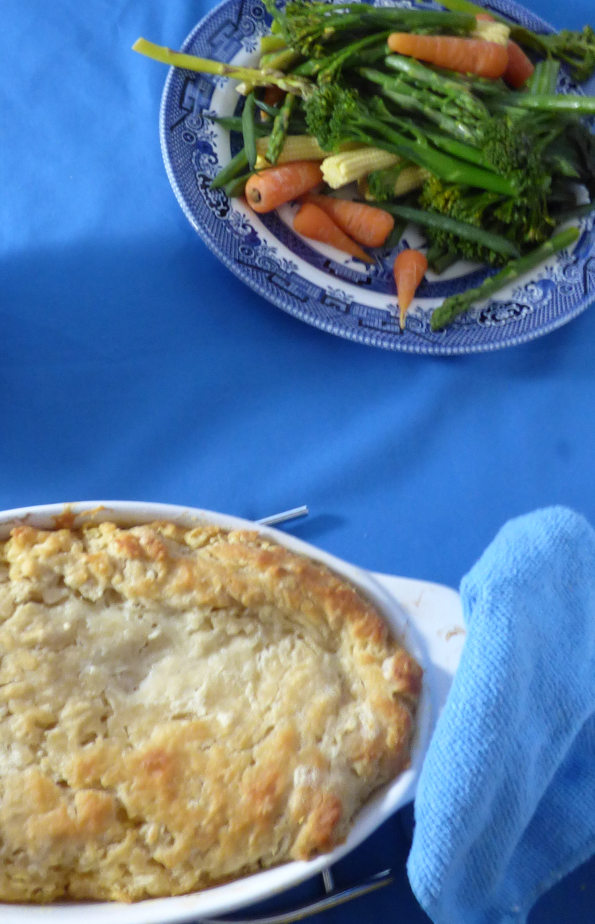 Pie is a regular favourite here as my husband is from Lancashire, and while it take some time to make, it’s easy to make extra for another day. I’ve been stuck in a rut recently though, cooking the same pies time and time again. This time I wanted to make a meat pie as we didn’t have red meat planned for the rest of the week, so to jazz things up a bit the filling is based on the Indian dish Keema – curried mince meat. It’s not too spicy  – just gently curried.

I’ve used a nice thick suet crust pastry top to the pie as that’s so much quicker and easier than using shortcrust pastry to do a pastry case all the way round. I made two 2-3 person pies but if you prefer, you could use 8oz self raising flour and 4oz suet for the crust and do one big pie in a round casserole dish. 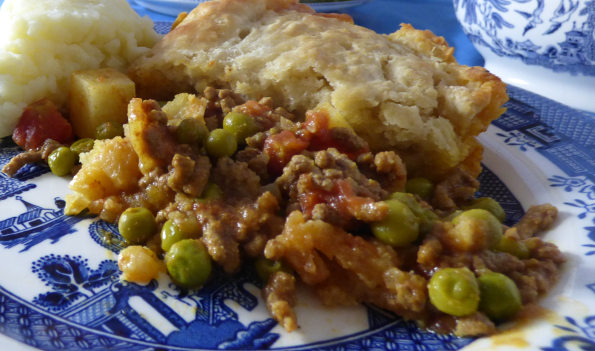 I use frozen lamb mince for convenience, but if you use fresh it works the same – just quicker. Remember if you have frozen fresh mince, it will need defrosting before use. I’m sure it would taste equally good with beef – though of course Hindus have a great respect for cows and so many Indians don’t eat beef. 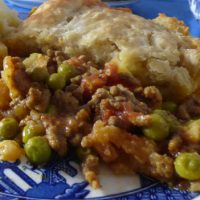