Savoury Mexican Mince with Lime and Coriander – No Chilli

This savoury mince (ground beef dish) is a refreshing twist on  Mexican mince – zingy mexican flavour without the heat. 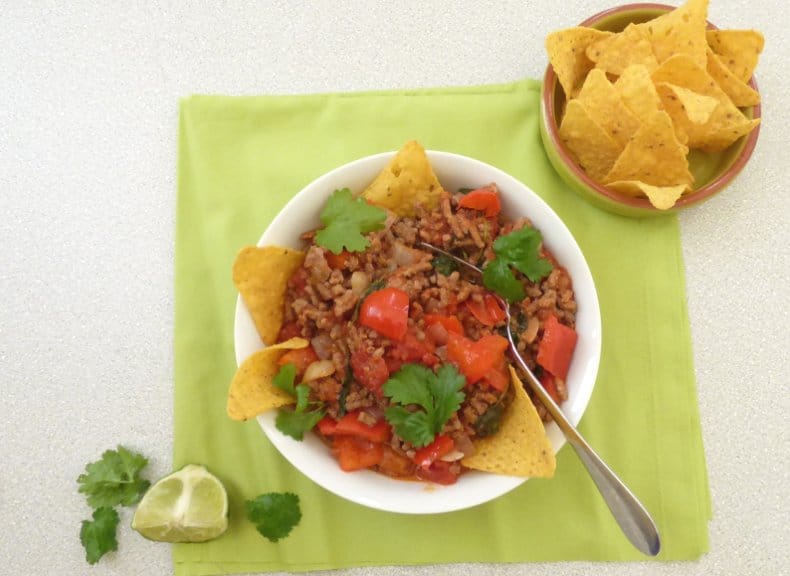 Do you eat a lot of mince, or  perhaps it is ground meat where you are from? Red meat has gained a bad reputation health wise, but it’s budget friendly, convenient and a good source of protein and iron, so we cook it regularly. It’s easy to get bored, though – chilli, bolognese, chilli, bolognese…  we eat the same things month after month.

I stuck ‘savoury mince’ on the meal planner this month, but instead of a traditional British dish, I’ve added some zing by making a Chilli free variant of Mexican mince (ground beef). Lime and coriander is one of my favourite Mexican flavour combinations –  they add a light, refreshing twist to this savoury mince without the need for any spice. Two limes and a bunch of coriander (cilantro) set me back less than £1.50, and the meal will last us two nights.

I think if this dish as a bit like a cooked salsa fresca. I could just sit and eat salsa fresca  – that classic Mexican combination of fresh tomatoes, onion, lime and coriander , every day without getting bored. I add roasted peppers to my version for sweetness, and the ingredients are very similar to this meal. The same sweetness of the peppers, the same limey zing.

I buy bags of frozen beef or lamb mince that are designed for cooking from frozen. Alternatively, you can use fresh mince/ground meat and save a little on the cooking time. If you prefer I’m sure lean pork or turkey would work just as well. Remember, if you froze the meat yourself, to defrost it thoroughly before cooking.  This recipe was enough to feed two large people and a small one with plenty left over to freeze.

There are no rules on how to eat this dish because it very much isn’t traditional Mexican food. You can serve it over rice, or heap it onto a tortilla with all the trimmings. Serve it with mash, chips (fries), or just a pile of tortilla chips. 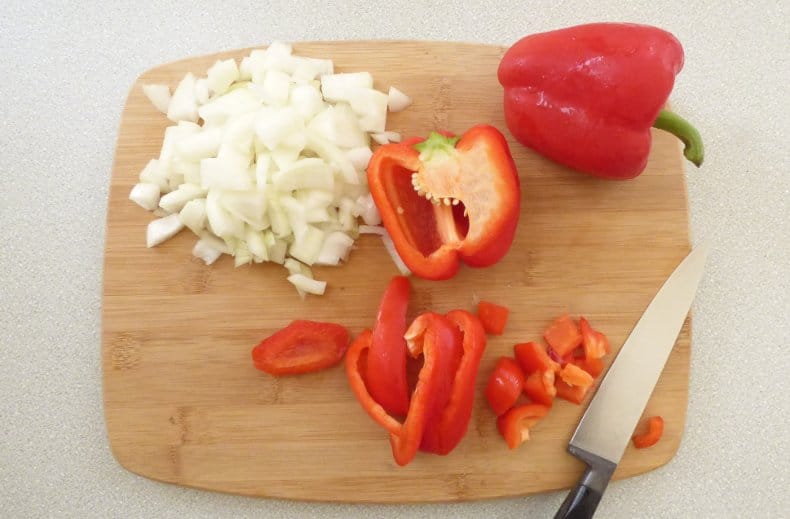 Brown the mince in a large frying pan or skillet, and while it cooks, dice the onion and peppers.

When the mince (ground meat) has browned completely add the diced peppers and onions, and stir in the chopped tomatoes. 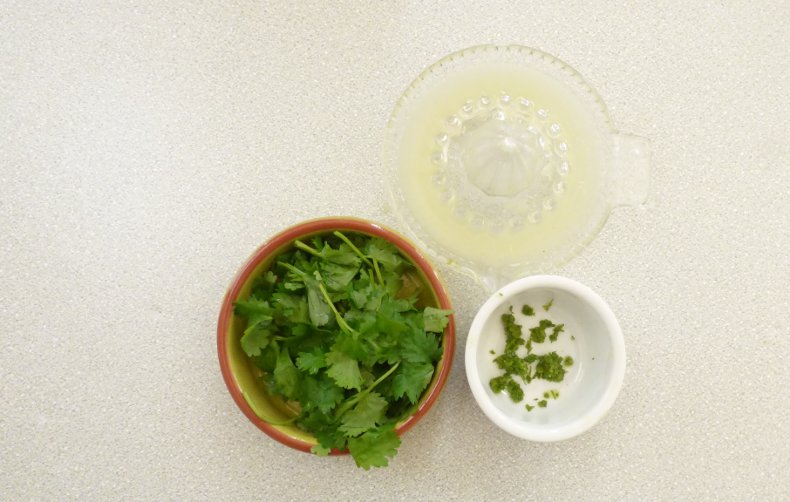 Prepare the lime juice and zest and coriander/cilantro and stir into the mince, then cook until the peppers are soft. 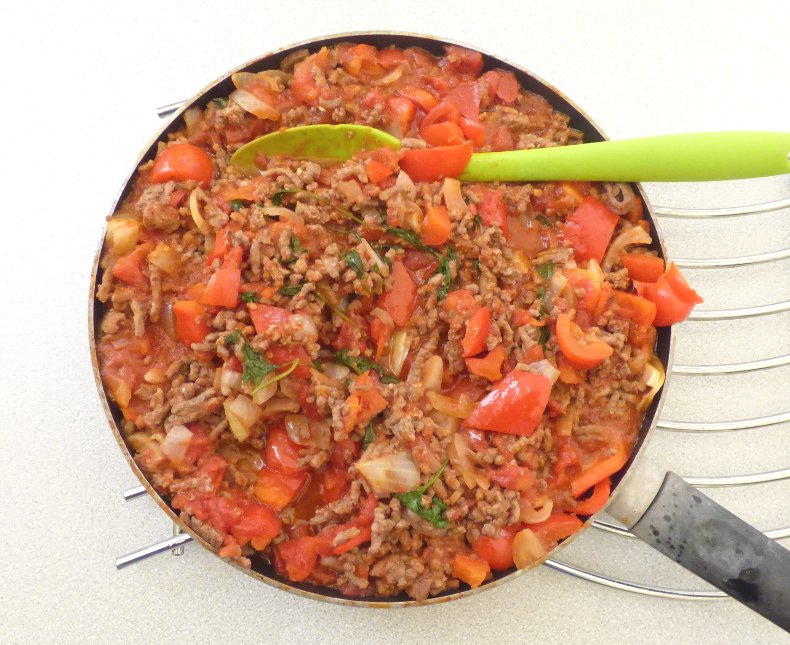 Adapted from the original published on 23 February 2016, with new photos added 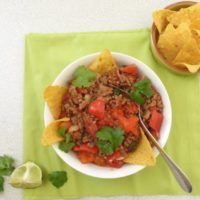