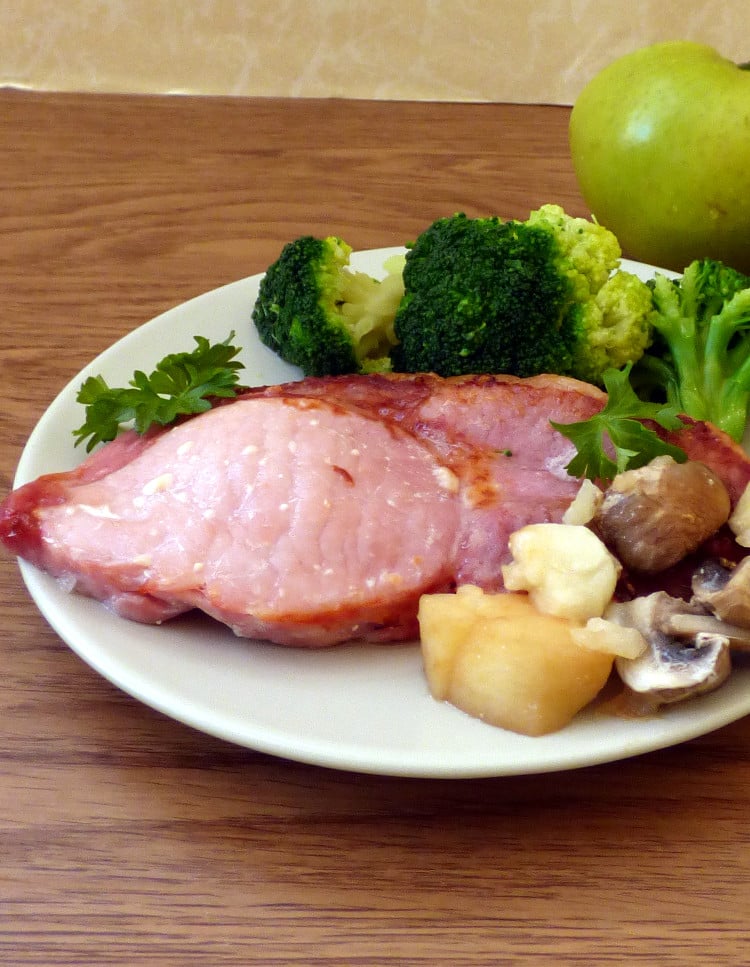 This oven bacon chop recipe is so easy – and bacon chops have so much flavour. If you don’t have bacon chops available you could try this recipe with gammon steaks. Bacon chops, though, are one of the yummy reasons I enjoy shopping at my local butcher. 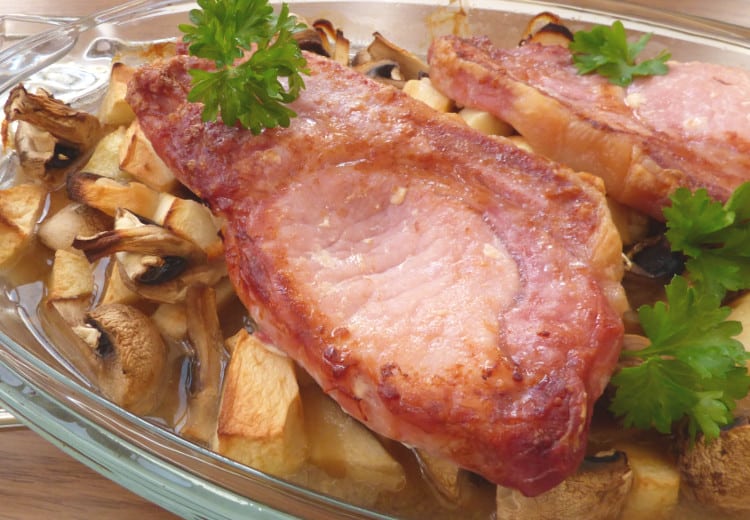 To my mind, there is no reason to buy expensive processed meat when there are chops available.  They’re the ultimate in convenience food-  just whack them under the grill for 10-15 minutes. This, however, is a slower chop recipe.  I had an apple left over from making apple pie, and some bacon chops in the freezer, and decided to see what would happen when I combined them.

I must say, the result surprised me!  Just peel and chop up a Bramley apple and scatter it into an ovenproof dish.  Finally, slice a handful of mushrooms, and throw them in.  Then place the bacon chops on top and put the dish in a hot oven for an hour, checking it once or twice in case it needs rotating. All those lovely juices soaking into the apple and mushroom – yum! 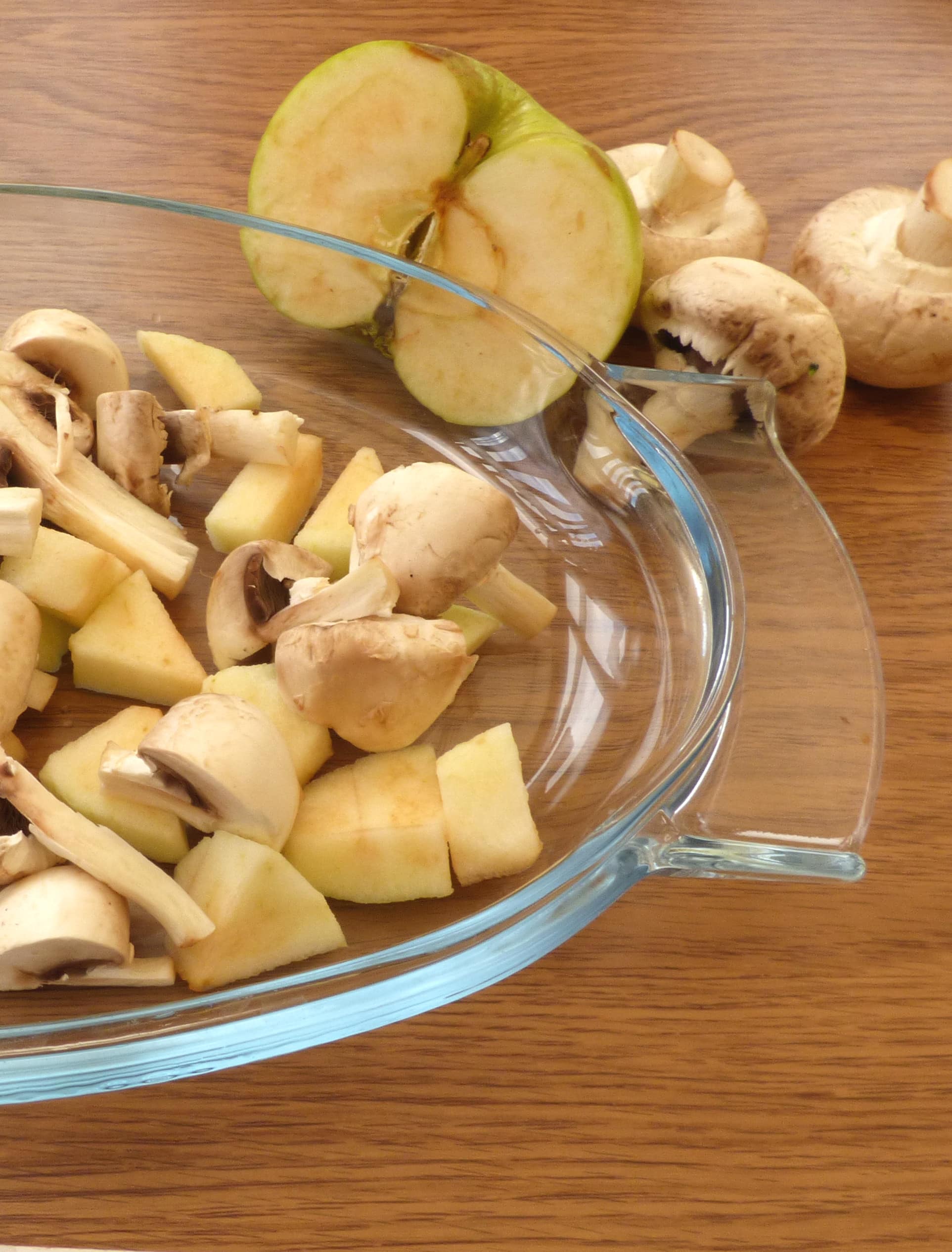 The spectacular depth of flavour of this oven bacon chop recipe really threw me.  It was so good I made it again very shortly after! If you use a small deep dish you may find the apple falls apart. However, if you use a flat dish like in the pictures the apple pieces may hold their shape but become delightfully smooshable. 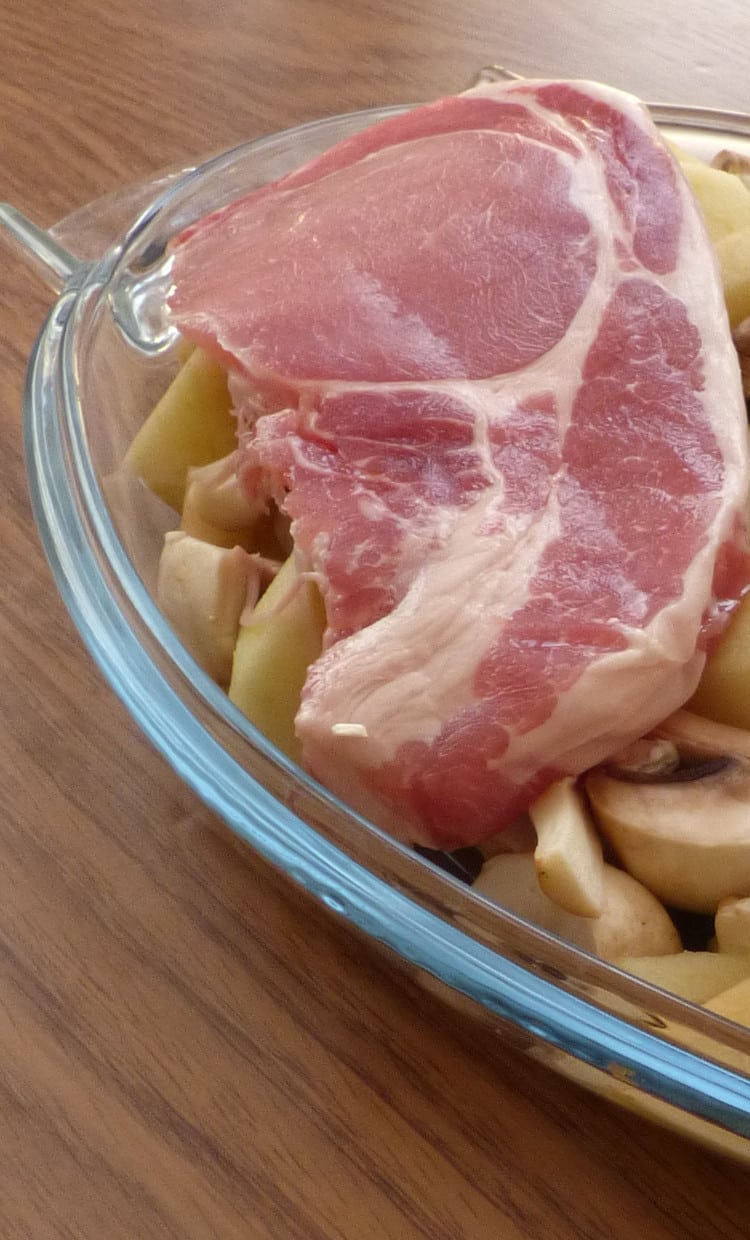 If you like easy low prep dinners that cook in the oven try my Oven Pork Steaks with Satay Sauce. 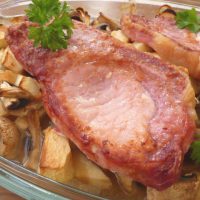 20 thoughts on “Oven Bacon Chop with Apple and Mushrooms”