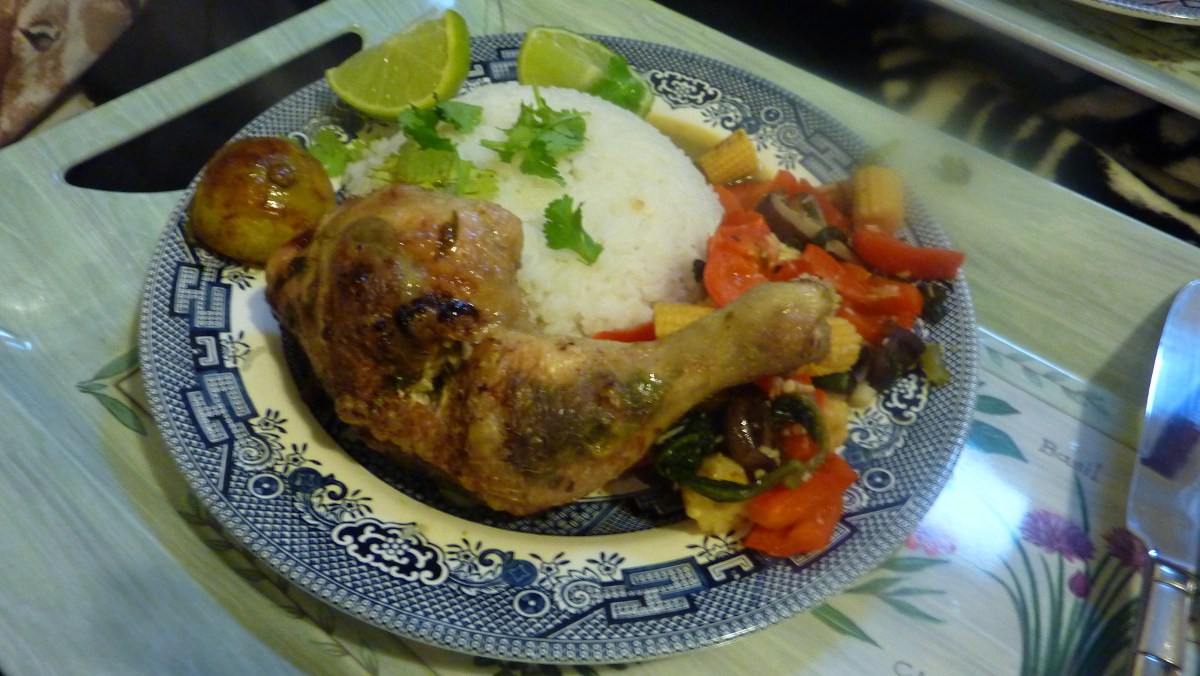 In an effort to increase my repertoire of quick supper dishes, I recently purchased a little book called ‘200 Easy Suppers’ by Hamlyn: you can find it here.   For only £4.99 rrp it seemed like a bargain, and the recipes were imaginative.

I picked this recipe to try first.  I halved the recipe and used dried ginger instead of root ginger, so for two people I used :

To make it, simply mix the rind of one lime with the ginger and most of the coriander, and make into a paste with a little of the oil.  Then put this paste under the skin of the chicken legs, and cut 3-4 slashes in the thickest part of the leg.

I’m not sure what these slashes were designed to achieve, but the chicken was certainly tasty!   The legs then go in the oven for 45-50 minutes at 220°C, along with halves of the de-rinded lime.

While the chicken is cooking, boil the rice for 10 minutes, and then put it in small bowls.  Push it down to make sure there’s no air, and turn it out onto plates.  When the chicken is cooked, pour over the juice of the roasted lime andserve alongside the rice, with coriander leaves and wedges of the remaining lime.

This was lip-smackingly tasty, with clear instructions. This recipe’s really easy to present well- I’d never have thought of moulding the rice in bowls.  The only problem was the lack of vegetables, which I solved with a little side dish you can read about later in the week! This meant the meal wasn’t as simple to prepare as it could be, but I’ll still be making it again.