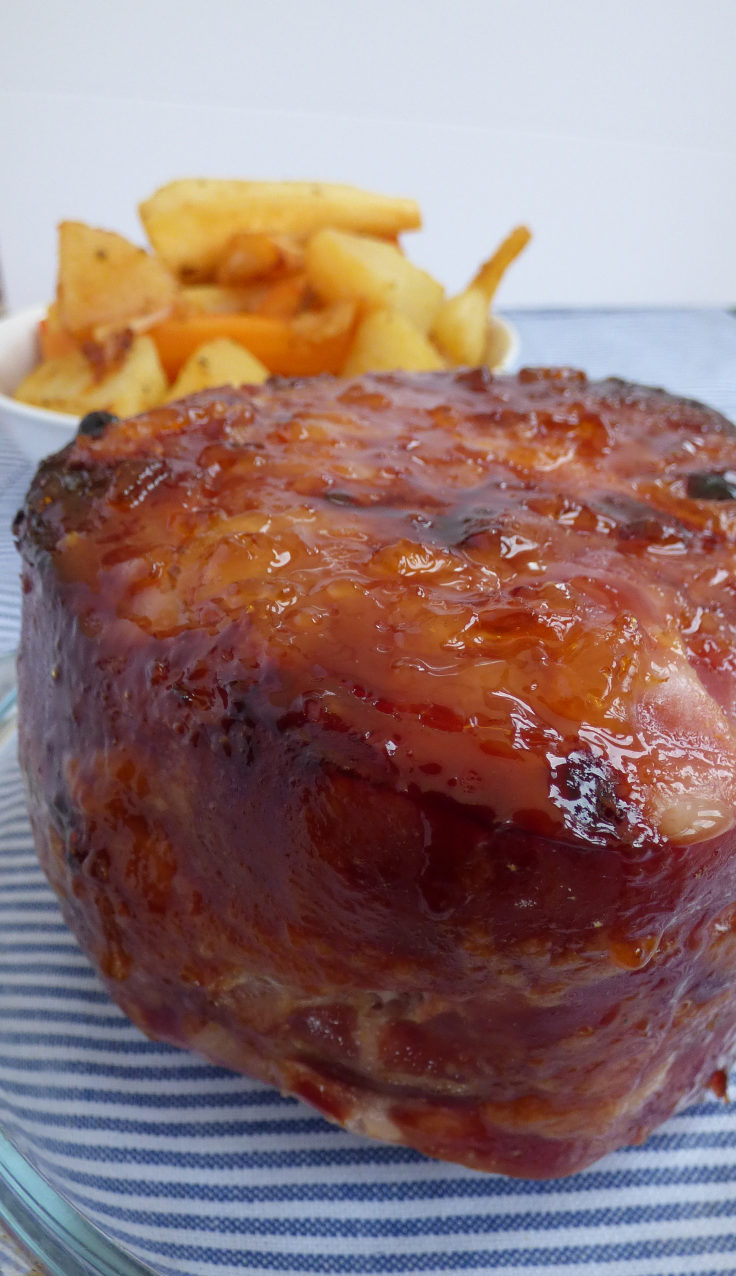 Our first married Christmas, Christmas Day itself was just the two of us, so we boiled the meat, a gammon joint, and roasted the vegetables. It was a veritable feast – it certainly doesn’t have to be turkey to be Christmas. Indeed, according to Desmond Morris’s Christmas Watching, ham has been associated with midwinter for much longer than Jesus has.

Now we eat goose and nut roast for Christmas dinner, and therefore often cook a ham at New Year. We often bake it as well as boiling it, though. If you cook the ham first it’s a pretty low stress process as it’s already cooked – unless it’s totally charcoaled, it should still be edible however you cook it. Just adapt the cooking time and temperature to suit your accompaniments. 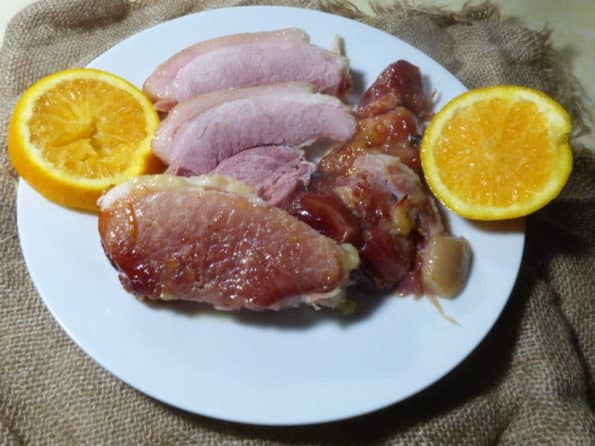 This marmalade glazed ham isn’t a fancy pants recipe that will use half your spice rack, and doesn’t require expensive ingredients (unless you choose an expensive ham). It’s possible the chef-designed marmalade glazed ham tastes a little better, but for the average home cook with just two hands and many dishes to prepare, who’s got the time? I used supermarket value marmalade this time, and it tasted just fine – beautifully soft ham with a sticky-crunchy crust.

It’s just as useful in the summer to add to salads and sandwiches or make quick midweek meals with – for examople, this one ended its days as ham and lentil soup, and a ham Bolognese. You could even put it in a pie It freezes well – just make sure you defrost it thoroughly before cooking. Remember to save your cooking water for soups and gravies, yum!

Pictured here with my orange roasted carrots and parsnips. 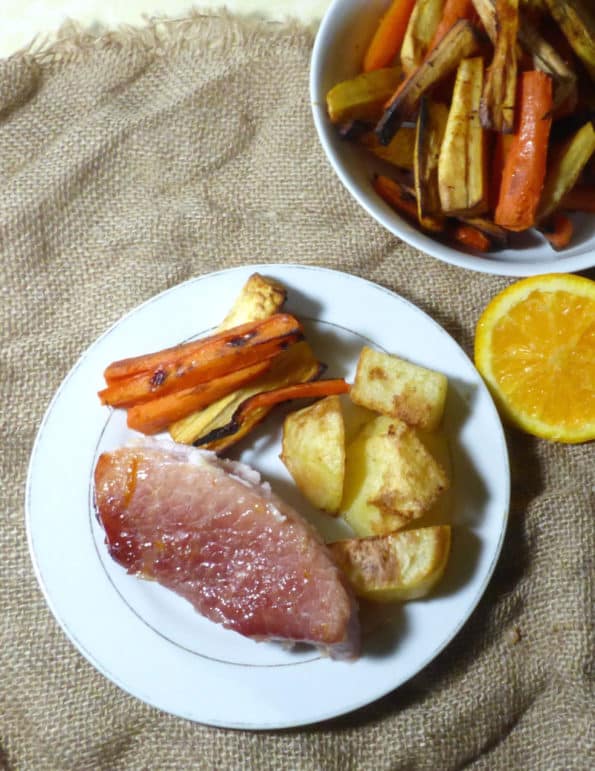 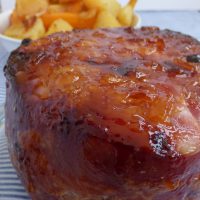 A no fuss recipe for special meals. Calories given are based on 6 servings from a 1.5kg ham 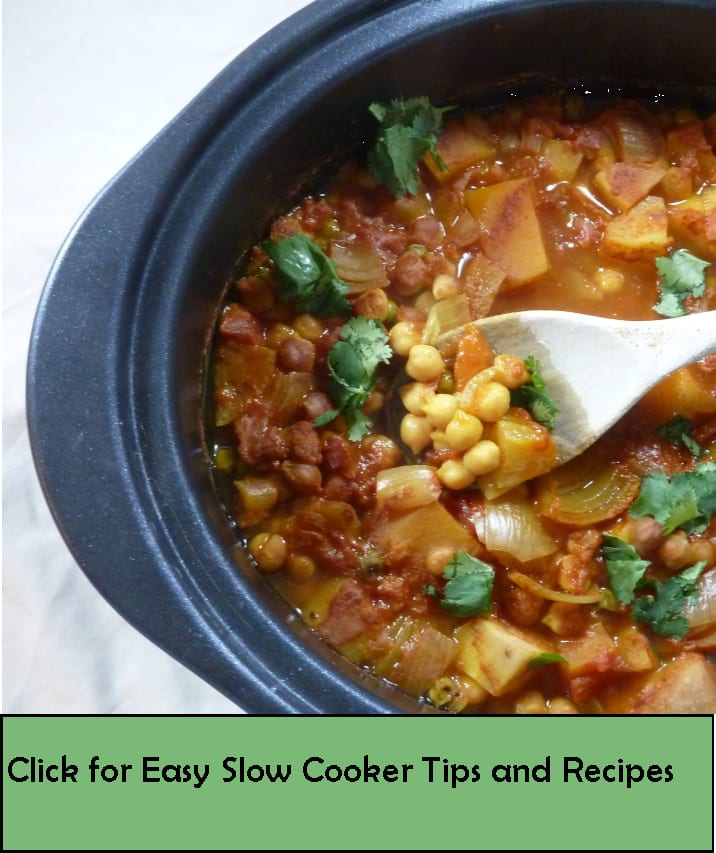